Drugs don’t work: Psychiatric meds for depression and other mental disorders treat symptoms, can not cure 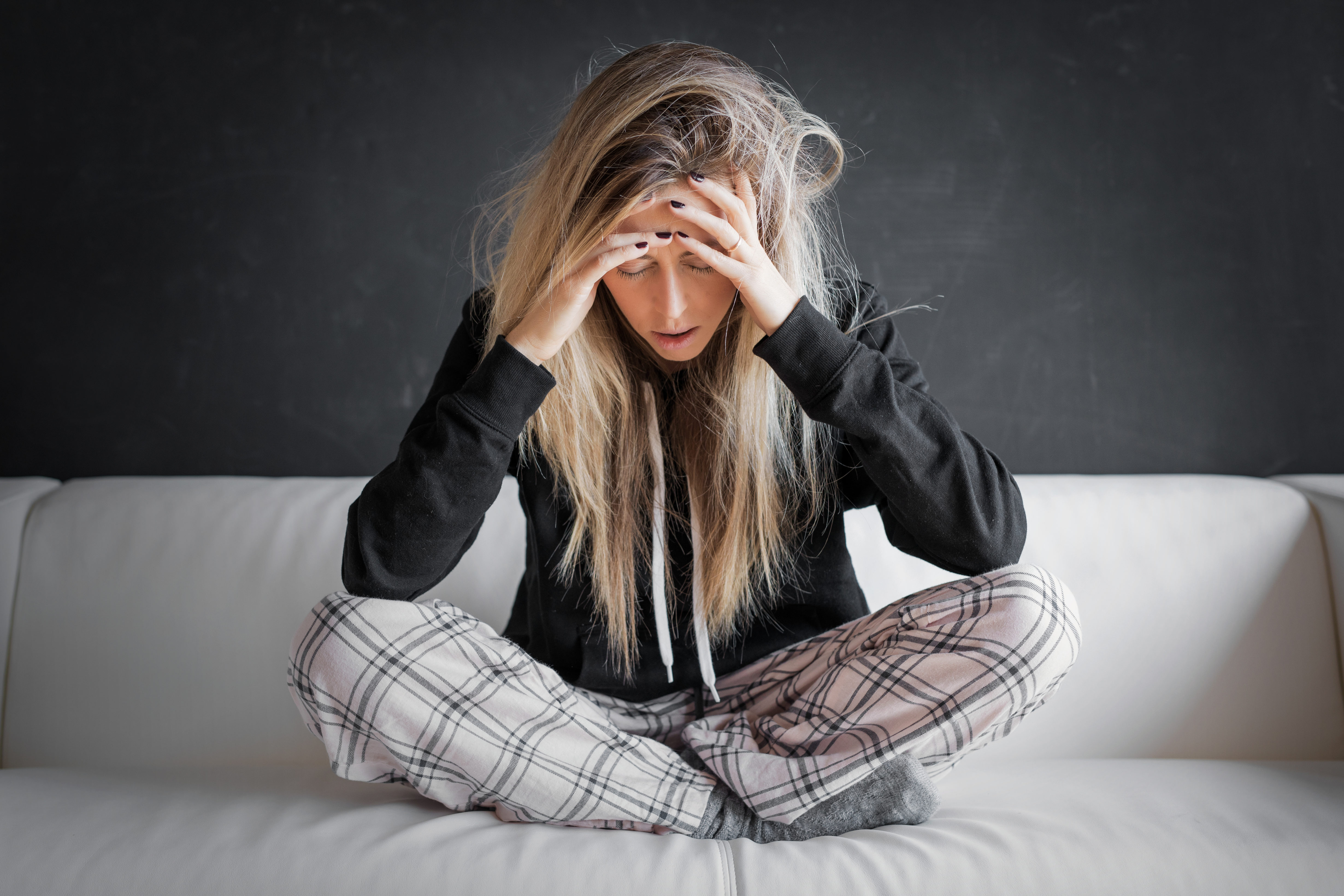 By Anthony B. James

I ask this question in every class. Have you or anyone you know been under medical care for depression and were you or the person you know ever prescribed chemical, drugs or pharmaceuticals? Every hand in the class goes up! I then ask if anyone in the class themselves or those family members or co-workers have ever been cured of their depression by using antidepressants or drug based therapies? If so, raise your hands. No hands in the last five years, not one hand has gone up when I asked the “If they knew of anyone cured” question.

I then go on to explain that not only is this a true observation that they and their friends are not being cured, but that the whole concept that depression and or mental illness could be cured with a drug based therapy is not what they have been led to believe. That in fact it is false and everyone in the mental health industry knows it.

It is possible that antidepressants might be able to address some of the symptoms of depression but they are not designed to cure depression and there in lies the root of the lie.

An example we use in this class on psychiatry and mental health we use the example of our preference for energy psychology (BET/ EFT/ Tapping) which declares the cause of all negative emotions is a disruption in the bodies energy system. If your diagnosed “depressed” and by tapping an algorythm of acupuncture or energy points while reciting a declarative statement and afterwards your no longer depressed and or your depression goes away then were you actually depressed clinically? We would say your symptoms of depression were in fact not depression at all but were interpreted as such… they were actually symptoms of energy disruption in the meridian or energy body.

Author Tracy mentions the “bible ” of mental health currently the DSM-5, formerly the DSM-4 etc. She says “The DSM-5, the Diagnostic and Statistical Manual of Mental Disorders, is the official medical bureaucracy book of mental disorders. You might be surprised to learn that there are no cures for any mental disorder listed in the DMS-5. Not one. The DSM-5 does not recommend treatments, much less cures. The only reference to the word cure that I can find is “eventual cures for these conditions“. Cured is not defined for any mental disorder. At this time, by omission, according to the DSM-5, there are no cures.  Maybe, someday, eventually, but today? Not.”

The FDA rules (Human Drugs) states clearly that any cure can only be the result from the prescription of a chemical pharmaceutical or prescription drug. This is why, almost exclusively to a patient… everyone diagnosed with depression and or other mental illness is prescribed a chemical pharmaceutical, antidepressents, sleeping pills, stimulants etc. Most of these drugs have severe side-effects, many of them such as drug induced neurologic disorders such as “tardive dyskinosis” are debilitating and permanent!

My copy of the DSM-4 and or #5 reads the same as hers and for every mental health professional, doctor nurse, psychiatrist, psychologist etc. It explicitly makes no claims of any kind, anywhere to offers any cure for any psychiatric diagnosis!

Sometimes when we assess a patient or client who has been medically diagnosed with depression and is being medicated we find they have a history of exposure to toxins and or poisons including past prescriptive chemical drugs. When the toxins, poisons and drugs were reduced, eliminated or removed and the symptoms , all of the symptoms of depression went away, were they actually depressed or were they exhibiting symptoms of poisoning? No! The client was NOT depressed at all they were poisoned!

I mention this in class and Author Tracy Kolenchuk mentions also in her article… Depression might be caused by physical and or mental abuse. No amount of a chemical, pharmaceutical, anti-depressant etc. will stop physical and or emotional abuse in a home, work or social environment! If we address the parameters of the abusive situation, remove the abuser or remove the abused from that environment and address the issues directly and the depression goes away… was it actually a mental illness at all or was the depressive symptoms evidence of abuse?

We are not suggesting we can cure depression with Tapping, nutrition, supplements, detoxification and or abuse remediation strategies , policing etc. Depression is a mental illness and mental illness can NOT be cured according to modern western medicine and psychiatry.

However, we can cure that which in almost every case could lead someone to exhibit the symptoms which might be misinterpreted as depression.

I agree wholeheartedly with Ms. Kolenchuk when she states in her article “Every illness can be cured.  An illness is cured when the cause has been addressed when, healing has completed, and when no more medicines are required.”

Curing depression, sometimes, can be trivial. So trivial – that it is cured before it is diagnosed as depression. Sometimes, depression is cured – even after it has been diagnosed, but the medical bureaucracies are forced to judge it to be “in remission” or maybe it wasn’t really a depression “disease”.

At the SomaVeda College of Natural Medicine: Our traditions of Ayurveda, Yoga Therapy, Oriental Medicine, Traditional Naturopathy (Nature Cure) and of course Native American Indigenous Medicine have always offered concrete solutions and remedies for what is often misdiagnosed as mental illness and depression.

So, in consideration of the above ideas what are some workable, practical, functional strategies to bring relief from depressive symptoms?

1) SomaVeda Integrated Traditional Therapies® Thai Yoga and Ayurveda offer a comprehensive treatment pathway that covers in one way or another all of the solutions to bring relief to and or from depression and or the symptoms of depression. The various symptoms of depression manifest in the body, the mind and the spiritual areas of life. The indigenous, traditional approach is holistic and covers all these areas in concrete ways. We also offer a national directory of Certified Practitioners that can assist you personally. Go to: SomaVeda® Thai Yoga Practitioner Directory.

2) Sustainable Eating, healthy diet and nutrition which is not contaminated, toxic, GMO and which is appropriate for individual and bodytype. Recommended are strategies which emphasize “Dense Nutrition” appropriate for your bodytype.

3) Detox: Reduce and or eliminate toxins both internal and external i.e. detoxification regimen. This includes reduces use of chemical pharmaceutical and or prescriptive drugs used to treat depression which themselves are dangerous and toxic.

5) Herbal Medicine: Consider using traditional Herbs and teas with historical and validated use in reducing symptoms of depression such as St. Johns Wort. and Valerian Root.

6) Homeopathic Medicine: Consider using Homeopathic Remedies for symptoms of depression. There are quite a few depending on the patient drug profile. This includes the use of “Bach” and similar “Flower Remedies” such as Bach’s Rescue Remedy.

7) Trace Minerals supplements such as in Fulvic/ Humic/ Iodine etc.

12) Probiotics: probiotic supplements specifically designed to support positive mood by influencing the guy-brain axis through the micro-biome. The brain-gut axis is a bi-directional communication system, comprised of neural pathways, such as the enteric nervous system (ENS), vagus, sympathetic and spinal nerves, and humoral pathways, which include cytokines, hormones, and neuropeptides as signaling molecules.

13) Native American Medicine: Ceremony and Healing: It has been found that participating in traditional Native American Healing and medicine rituals such as “Inipi” or Sacred Sweat Lodge-Temascal, Caseuse or Chanupa Sacred Pipe or Breath Ceremony etc. can have tremendous curative powers over the symptoms of depression. The Native American Indigenous Church offers treatment options for functional medicine in the NAIC Tribal Wellness Center and Ceremony on a case by case basis.