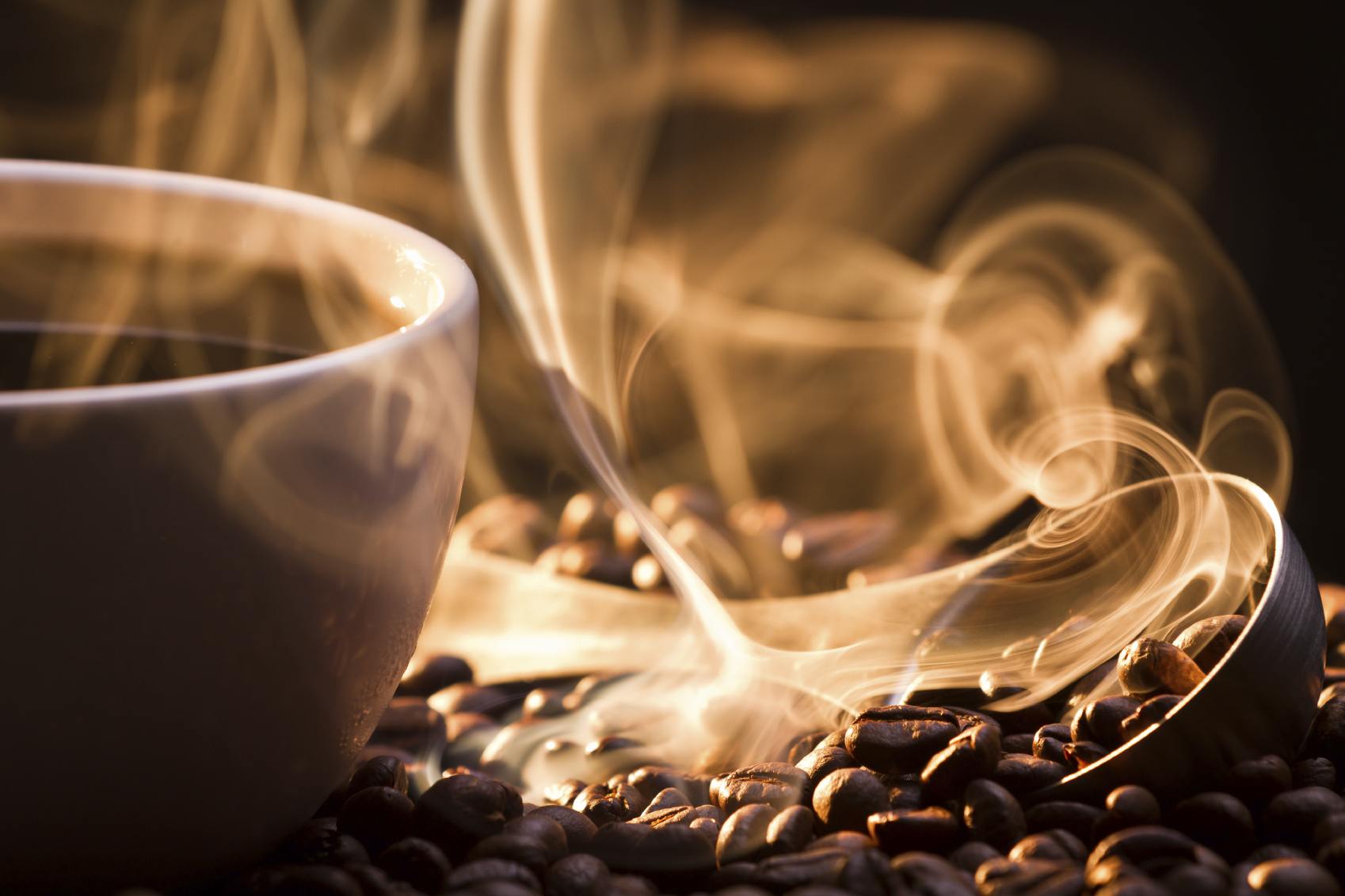 I published my first article of Coffee Super Food Nov. 11, 2013. There have been some significant new studies and scientific papers supporting Coffee use since then. I am updating this information accordingly.

There’s a lot of hype and mythology today regarding coffee and the consumption of coffee as possibly unhealthy. Many physicians for years have been warning their patients about the supposed risks associated with coffee drinking. They have said that coffee will raise your blood pressure, lead to heart disease, give you ulcers or make you diabetic. One gentleman I recently spoke to at his coffee bistro which he owns and operates,  related to me how his personal physician had stated to him, “Drink another cup and you might die!”.

In the moment I was trying to relate to what a successful coffee shop owner might think or feel having been given this little gem of wisdom by his personal physician. As a physician and coffee drinker myself, I have heard over time both pro’s and supposed con’s. My new friends dilemma is the genesis for this article.

I’m sure he is not the only one. Drinking that cup of fresh, organic, properly roasted and brewed, premium coffee with a bit of guilt and or shame if not out right fear! Let’s work together to clear this up.

Please keep in mind that coffee like anything should be used or consumed in moderation and not to excess. However, I hope to show that there is an increasing database of scientific articles and research supporting health promoting properties. Most of the supposed harmful effects of coffee have been attributed to caffeine, however, there are more than 1000 different chemicals and bio-active compounds found additionally in coffee and many of them actually buffer the effects of the single constituent of caffeine! (20), (21)

The origins of the word “Coffee” are actually Dutch which is based on a transliteration of the truncated Arabic term of “qahhwat al-bun” ‘ Wine of the bean’. Coffee, grown, processed and consumed the way we do today has been in practice as fa back as back goes! It has been part of native culture and indigenous traditions of ancient Ethiopia and the Arabian peninsula from which it spread to the rest of Africa and on to Indonesia and SE Asia and then to the America’s. it’s original use was closely associated with spiritual practices requiring extended night time devotions. It was noted from the 1500’s that drinking coffee “drove away fatigue and lethargy, and brought to the body a certain sprightliness and vigour“.  There is a dark side of the coffee history Coffee was one of the products such as sugar which played a role in the development and expansion of the slave trade in the early America’s. (1)

The introduction of coffee into the diet of the ancient Arabs and the subsequent development of the coffee house, coffee salon may have contributed greatly to the development of all of the arts at that time. Story telling, conversation, revolution, culture, mathematics, literature, philosophy, music, dance were all fair game. From a cultural developmental point of view it would be difficult to separate the positive influence of coffee and it’s gathering places from other important societal influences.

From the scientific literature here are some results:

May Lower  Risk of Death!

From Heart / Coronary Heart Disease, diabetes, stroke, death due to inflammatory disease. There are even some evidence that coffee drinkers perish at lower rates from injuries and accidents! Coffee appears to support longevity and reduce risk of death from many possible illnesses. (19)

The New England Journal of Medicine published a 14-year study of 402,260 American men and women titled “Association of Coffee Drinking with Total and Cause specific Mortality” stated “As compared with men who did not drink coffee, men who drank 6 or more cups of coffee per day had a 10% lower risk of death, whereas women in this category of consumption had a 15% lower risk.” Researchers also found that as coffee consumption increased, the risk of death decreased. It made no difference whether the coffee was “Decaffeinated  or not. (2)

CARDIO-VASCULAR DISEASE: Consumption of coffee is associated with reduced risk of death attributed to inflammatory and cardiovascular diseases in the Iowa Women’s Health Study. ( 5), (6)

Endothelial Function: or healthier Endothelium (Lining of the blood and lymphatic vessels). Anything that supports the proper or improved Endothelial function supports longevity and proper functioning of all of the organs, circulatory process, healing of wounds and regeneration of tissues. This includes Rhuematic conditions and inflammatory processes. So what would these conditions relative to Endothelia health be? Here’s a partial list: atherosclerosis, hypertension and thrombosis often seen in coronary artery disease, diabetes mellitus, hypertension, hypercholesterolemia, as well as in smokers. (7)

New! Endometrial Cancer: In a study published in the Medical Journal Cancer Epidemiol Biomarkers & Prevention, cited by PubMed.Org, Coffee was reported to lower levels of estrogen and insulin. Researchers in a 2011 study indicated these two hormones are implicated in increased risk of endometrial cancer. Further the study showed that fewer than 4 cups per day resulted in as much as a 25% lower risk than in those individuals who consumed 1 or less cups per day. However, they also said that additives such as sugar and cream to the coffee could offset benefits.(28) So if we are speaking of Coffee as part of an overall natural treatment approach then black coffee is the way to go.  More recently, a study Published in the February issue, 2016 of Cancer Epidemiology, Biomarkers & Prevention, scientists found that drinking roughly 26 to 37 ounces of coffee per day reduced endometrial cancer by up to 18 percent. The study did not differentiate between whole, organic vs. decaf etc. Another trial involving consumption of 26 ounces per day identified a similar reduction, reports CBS News. (25, 26, 27) The bottom line? Coffee Super food: May Reduce Risk of Endometrial Cancer!

Prostrate Cancer: One large study published in the Journal of the National Cancer Institute of almost 50,000 men, found that men who drinks six cups of coffee per day had a 60% lower risk of lethal prostate cancer. (8)

BRAIN FUNCTION: May protect from the degenerative conditions of Parkinsonson’s, Alzheimers and dementia disease. The exact reasons and or mechanisms that allow coffee to protect or support  anti-aging or healthy brain function are as yet still unknown. The average person would be shocked to learn that there are over 1000 natural chemical compounds in the coffee that might have potential to affect health. This ancient herb infusion of the Arabica genus is one of the most complex foods on the planet. Additionally coffee may reduce some of the potential harmful side effects of dangerous chlorine based pesticides and herbicides such as Rotenone, Paraquat and Roundup. Coffees effects and possible benefits of brain function are being systematically being researched around the world. (9), (10)

ANTI-OXIDENTS: Japanese researcher Kenichi Yanagimoto showed that some of the antioxidants in brewed coffee remained effective for 15 to 30 days! He and other researchers have demonstrated that drinking brewed coffee which contains many antioxidants may inhibit diseases caused by oxidative damage. Which diseases are those? Try and find one chronic disease that does not share an indicator of oxidative damage as part of it’s morphology and pathology. (11)

How much coffee should one consume?
That’s a good question and currently there is no hard and fast rule. While some of the studies and resources I have included here seem to indicate that the more the better, I think it’s actually important to self monitor and regulate based on how you feel. Some studies showed significant health benefits with consuming as many as four to six cups a day! However, when you feel your a your limit, drink more water! Shaking hands, nervous anxiety etc. show you it’s time for more water. Also, no matter how much coffee you drink daily, remember coffee should not be a substitute for water. The average person needs somewhere close to half their body weight in water every day to avoid dehydration and on the downside coffee is also known to be a diuretic.

Lastly avoid all the condiments, sugars, syrups, creams etc. as they do not have the health benefit of just the freshly brewed coffee. It’s also a quality issue. For example a properly brewed, good quality, organic, coffee regardless of origin, will have more and better flavor profile. It will be less acidic or bitter and pleasing for the palate without all the adjuncts and additives. So, properly brewed, fresh, good quality coffee for maximum health benefit. It’s time for a guilt and fear free cup or two of Java.

(2) Association of Coffee Drinking with Total and Cause specific Mortality ( http://www.nejm.org/doi/full/10.1056/NEJMoa1112010#t=articleDiscussion)

(4) The Surprising Benefits of Drinking This ‘Unhealthy’ Everyday Beverage… ( http://articles.mercola.com/sites/articles/archive/2011/04/16/ori-hofmekler-on-coffee.aspx)

(9) Association of Coffee and Caffeine Intake With the Risk of Parkinson Disease ( http://jama.jamanetwork.com/article.aspx?articleid=192731)

(12) Influence of Coffee Drinking on Subsequent Risk of Hepatocellular Carcinoma: A Prospective Study in Japan ( http://jnci.oxfordjournals.org/content/97/4/293.abstract)

(13) An increased consumption of coffee may reduce the risk of liver cancer. ( http://www.greenmedinfo.com/substance/coffee)

(14) Greater consumption of coffee and tea may be associated with a lower risk of renal cell cancer. ( http://www.greenmedinfo.com/article/greater-consumption-coffee-and-tea-may-be-associated-lower-risk-renal-cell-cancer-0)

(15) Coffee consumption and risk of colorectal cancer in a population-based prospective cohort of Japanese men and women ( http://onlinelibrary.wiley.com/doi/10.1002/ijc.22778/abstract)

(18) The consumption of coffee increases the metabolic activity and/or numbers of the Bifidobacterium spp. population. ( http://www.greenmedinfo.com/article/consumption-coffee-increases-metabolic-activity-andor-numbers-bifidobacterium-spp-population)

(27) Coffee can lower risk of endometrial cancer: Should you be drinking more? (http://www.techtimes.com/articles/31758/20150209/coffee-can-lower-risk-of-endometrial-cancer-should-you-start-drinking-more.htm)

(28) A prospective cohort study of coffee consumption and risk of endometrial cancer over a 26-year follow-up. (http://www.ncbi.nlm.nih.gov/pubmed/?term=A+Prospective+Cohort+Study+of+Coffee+Consumption+and+Risk+of+Endometrial+Cancer+over+a+26-Year+Follow-Up)

Evidence suggest Coffee may Be a Superfood!

*These statements have not been evaluated by the Food and Drug Administration. This product is not intended to diagnose, treat, cure or prevent any disease. If you are pregnant, nursing, taking medication, or have a medical condition, consult your physician before using this product.