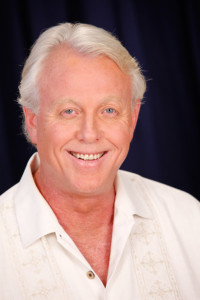 I want to say that there is much evidence to demonstrate that Fibromyalgia and Thai Yoga are made for each other. This is in two different context which I will elaborate more in the body of this article. First, if there is such a thing and Second even if there is no such thing as “Fibromyalgia” then Thai Yoga (Thai Traditional Massage) may be a perfect solution to the aggregate of symptoms which this shot gun term refers to. Thai Traditional Massage (Thai Yoga) offers solutions that emphasize the whole person, not just their physical pain.

The first thing I want you to know is…

Doctors Confirming Fibromyalgia is Not Imaginary Supports the Drug Industry 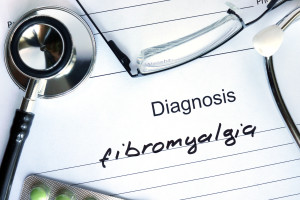 An article published for RedOrbit.com with the title “Doctors Confirm Fibromyalgia Is Not Imaginary” research is quoted saying a team of scientist has proven that there is a physiological basis for Fibromylagia Syndrome. I beg to differ! The research on “Excessive Peptidergic Sensory Innervation of Cutaneous Arteriole” is FAR from conclusive and represents a possible misdirection to support further promotion of pharmacology as the cure for this syndrome which allegedly affects tens of millions of Americans each year. ( http://www.redorbit.com/news/health/1112877149/fibromyalgia-tissue-pain-hands-feet-fatigue-061813/)

After reading the original article I came to different conclusions.

Although the specific comparison study and research is interesting it is hardly conclusive and there is much evidence both scientific and anecdotal to show other causation.

Fibromyalgia Syndrome is and “Invented Disease” 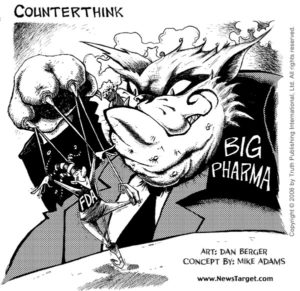 The first issue is that technically, there is no such thing as Fibromyalgia! Fibromyalgia Syndrome is an aggregate of symptoms/ syndrome and the symptoms which exemplify it, i.e. generate the diagnosis can vary widely from patient to patient (Person to person). The various symptoms aggregating in various persons can be caused by many different things and thus remedied by different strategies.  By definition the list of symptoms included in a syndrome are subjective.

Definition of Fibromyalgia: ” A syndrome characterized by chronic pain in the muscles and soft tissues surrounding joints, fatigue, and tenderness at specific sites in the body. Also called fibromyalgia syndrome, fibromyositis, fibrositis.” ( http://www.thefreedictionary.com/Fibromyalgia+syndrome )

According to Rheumatologist “Fibromyalgia syndrome is a chronic, widespread pain syndrome associated with fatigue, nonrestorative sleep, and tenderness at 11 or more of 18 designated “trigger points” where ligaments, tendons, and muscle attach to bone.” (http://www.cmeinstitute.com/Psychlopedia/Pages/pain/1fib/sec1/section.aspx)

One of the issues with the definition is that symptoms range from completely physical to mental emotional and the degrees of persistence and pain are subjective and vary widely from one person to another.
We know the contributing factors which generate the vast majority of the symptoms arbitrarily included on the list. The causes we are aware of or feel to be causes include: toxicity and exposure to pesticides such as Roundup, PCPS, heavy metals poisoning, xeno-estrogens. According to several researchers the symptoms are either identical or indistuinguishable from those associate with Multiple Chemical Sensitivity Syndrome.

In the practice of traditional natural medicine, Ayurveda, Native American Medicine, we have seen complete recovery from the various symptoms exclusive through diet and nutrition, acupuncture, SomaVeda® Thai Yoga, Chelation therapy, bio-magnetic therapy, homeopathy, far-infrared, vibration, herbal medicine, pancha karma, hydro-therapy, exercise and yoga, massage,emotionally directed or focused treatment strategies,  Native American Medicine and Sweat Lodge! Many of the Natural remedies are either based on or include a structured detoxification element.

This list is not exhaustive. All these and in various combinations all leading to apparent reduction in all or most symptoms of Fibromyalgia Syndrome.

Biologic scientist funded primarily by pharmaceutical companies seek and find what they are looking for. So-called biologic causes.  the content “research” referenced by this article it’s self is sponsored by drug and medical product distribution companies. Specifically this research For example the research above referenced article that started this conversation, was conducted by IntiDyn (Integrated Tissue Dynamics). On their website they say “This technique is widely used by drug development companies and is applicable to any step in the process, from preclinical to Phase IV post-marketing studies.” They are possibly part of the pipeline  and marketing plan creating diseases for new drugs.

There is much research that leads away from the drug as cure model. For example, just do a search of the American Academy of Pain Medicine of “Fibromyalgia” and you will find other research which does not lead to nor support pharmacological/ drug based solutions. ( http://www.painmed.org/search.aspx?f=80&s=fibromyalgia ).

As examples in just this one medical journal alone I found several such research papers with tiles such as:

Fibromyalgia is Treatable With Natural Medicine and Therapy:

From the perspectives of  Thai Traditional Medicine/ Thai Traditional Massage,  Natural Medicine/ Traditional Naturopathic ( Ayurvedia, Traditional Chinese Medicine, Homeopathy, Indigenous, (Native and Tribal) it is to simply a matter of bringing all the good things you can find relevant to the particular client, in consideration of all factors such as overall health, health history, age, other relevant issues such as cancers, diabetes, heart disease etc. Look at their history of exposure to exogenous and endogenous toxins. Look at their emotional and spiritual history. Then do everything you can: Utilize Nutrition, lifestyle, spiritual and emotional counseling, exercise/ Yoga, all natural therapies that are available to you herbs, light, sound and hands on healing such as SomaVeda® Thai Yoga. See “What is Thai Yoga?”.

Thai Yoga therapy provides a diverse array of tools and techniques to achieve a positive outcome. Physical techniques range from facilitated yoga asana’s, deep rhythmic pressure to lines, points and broad myofascial regions and planes coupled with specific emphasis facilitating lymphatic drainage, increased circulation, reductions in antagonistic muscle tension and increased oxygenation of various affected tissues. The point work is similar to that used in Shiatsu, The pressure and release to systems of myofascial release, and connective tissue massage however, more highly refined and variatal allowing more specificity from one client to another. Swedish massage appears to have little or no positive effect according to some research.

In essence and as a practical treatment strategy Do Everything! Keep it natural!

This article about Fibromyalgia is presented solely as an opinion for educational purposes and is not intended as a substitute for competent medical advise regarding any medical condition. Please see your physician or competent medical professional when considering any treatment for any disease.